Professor Syed obtained his PhD in neurophysiology from the University of Leeds, UK in 1988 and came to Calgary to complete his postdoctoral training. He is a developmental neurobiologist with an active research program in the area of brain development, studying how networks of brain cells assemble during development and are modified throughout life to form the basis for learning and memory. He also investigates how these networks control rhythmic behaviours such as respiration and locomotion in adult animals. In 2005 in collaboration with German colleagues, Syed was the first to develop a bionic hybrid, which enabled direct dialogue between brain cells and electronics and his research has been highlighted in the Times Magazine and the Discovery Channel. Dr. Syed has published 122 papers in scientific journals including Nature, Science, Neuron and the Journal of Neuroscience. He holds multiple research grants from the Canadian Institute of Health Research and the Natural Science and Engineering Council of Canada. Dr. Syed’s lab has pioneered several brain-chip interfacing technologies for which he holds numerous patents, and he is the founding member of a startup company – Neurosilicon. He has received numerous awards including the Parker B. Francis Fellowship – USA; Alfred P. Sloan Fellowship – USA; Alberta Heritage Foundation for Medical Research (AHFMR), Scholarship; AHFMR Senior Scholarship; AHFMR Medical Scientist Awards; the CIHR Investigator Award, as well as Fellowship from the Royal Society of Edinburgh, UK. Dr. Syed’s research has been highlighted in Time Magazine, The Discovery Channel, Globe and Mail and thousands of other news and print media. 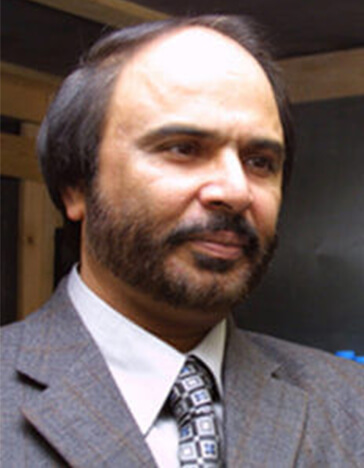